Special Thanks to evilution.co.uk who contributed this great work.  The orignal article here: http://www.evilution.co.uk/info/buying__star.htm

It's the common name for the set of tools used by and Smart to perform all diagnostics and coding.

It consists of a laptop, various pieces of software, several cables and a multiplexer. 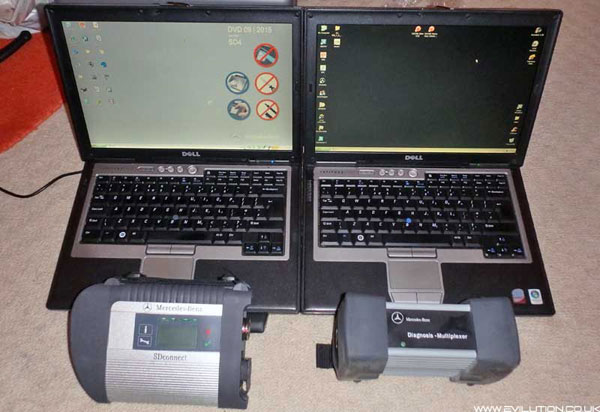 What Can Star Do?

You can code keys, activate paddles, activate auto, activate cruise control, turn off all the error lights, read out
all of the error codes, set the clutch, check all systems, actuate everything on the car etc. The list is enormous.

How Much Is Star?

Due to the varying prices, I won't put a figure here as it'll be wrong next week. Read the rest of the page and
at the base of this page you'll see a link to who I bought mine from. Click the link and have a look at the prices.

What Software Is Used?

Xentry DAS - Diagnosis Assistance System. This is the main diagnostics software.
WIS - Workshop Information System. This shows you how things are fixed.
EPC - Electronic Parts Catalogue. Lists out all of the part numbers for each car.

They are all handy to have and generally come as 1 package from the seller.

What Is A Multiplexer?

A multiplexer (or mux) is a device that can take several input signals and forward them all down a single line.
Essentially, it takes data received through several pins and transfers it down 1 line
into the laptop for the software to view. There are a few main types of multiplexer

This was the original design from . It's a rubber capped aluminium brick with a connector at each end.
200mm x 130mm x 85mm and weighing in at 1.3 kilograms*. It has 1 LED on the front panel. 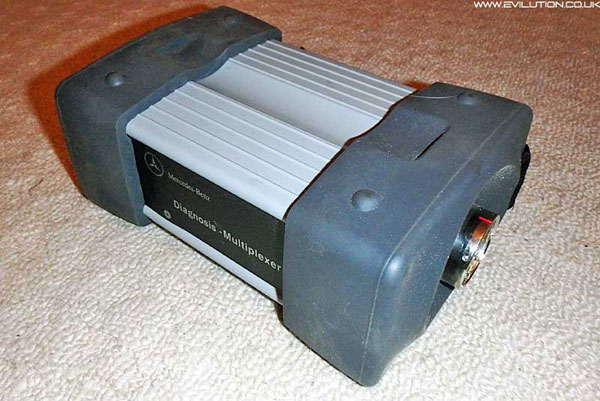 The update was called the C4. An aluminium extrusion with a hard plastic surround and 2 connectors at 1 end.
215mm x 155mm x 50mm and weighing in at 1 kilogram*.

It has 4 LEDs, an LCD and 4 buttons. This multiplexer is wireless between the laptop and the multiplexer. 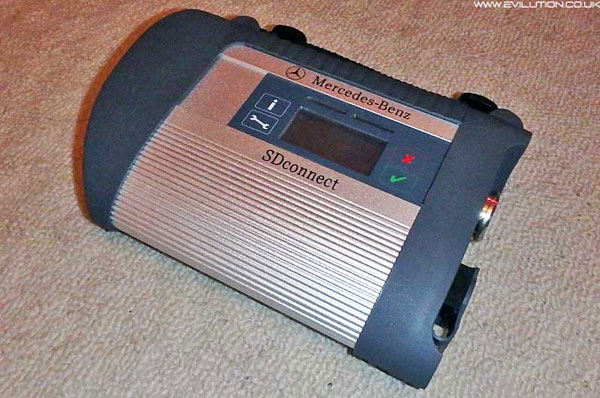 This replaced the C3 multiplexer due to an addition of a third diagnostic protocol.
It still covered K-line and CAN bus but now it also covered the new UDS protocol.

UDS is what is used in the smart 453 fortwo and forfour.

*Actual size and weight may vary slightly depending on the manufacturer.

Before even came out with the official C4 multiplexer, a Chinese company decided to make
their own and attempt to sell it as an update. Steer well clear of this type. They are very unreliable. 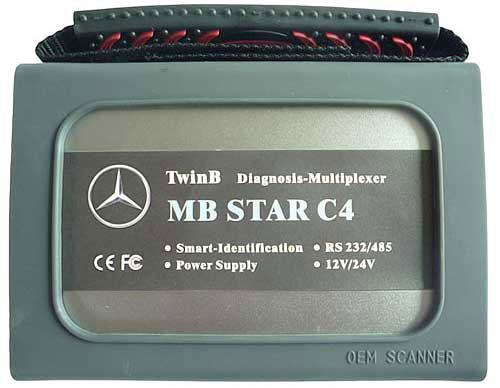 Essentially, it is a C3 multiplexer, made as small as possible using the cheapest parts available.
They were a massive bodge up and they would fail all the time. Don't buy this type.

This is the newest multiplexer from .

Because it is so new, there doesn't seem to be any clones of this unit yet. 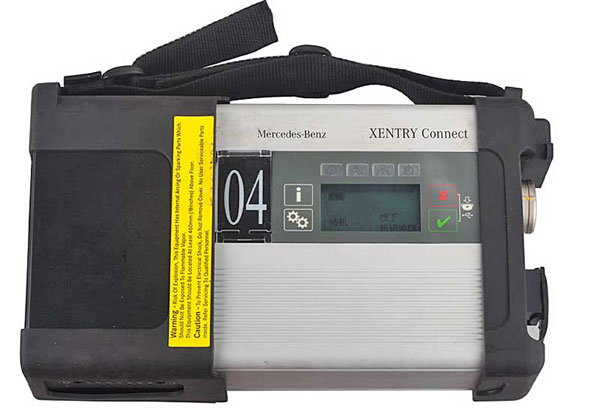 I don't know how this differs from the C4 device but it is required for the new Merc hybrid (W222).

The software you get will normally be preinstalled onto a laptop or hard drive for you to install into your own laptop.
Preinstalled is a lot easier than doing it yourself and will save you 2 or 3 hours of installing and messing around.
You will get cracked versions of all of the software that you require. Some companies will also add other
software on there too like the TAN code calculator.

The original Star setup uses an unknown Toshiba touchscreen tablet or the newer Panasonic CF-D1 tablet.
The CF-D1 is very expensive so not worth considering. You could buy 30-40 compatible laptops for the same price.

Can I Use Any Laptop?

You can but you really shouldn't. I don't advise it for simplicity sake.

The Star software was tweaked to work with 1 specific touchscreen tablet. When loaded onto other laptops,
it wouldn't function properly. Wouldn't connect to the car, kept crashing and didn't do what it was supposed to.
This was mainly down to the Star drivers controlling the hardware in the computer.

Over time, hundreds of laptops were tested for compatibility but only 2 laptops were found to work correctly.

As you can imagine, the Dell D630 is the better of the 2 to go for. It's also easier to find as they aren't as old.

If you really want to use your own laptop, you can get the Star software on an external hard drive and run it
all through a virtual machine. This is a terrible way to do it, full of problems and I really suggest you don't bother.

The Dell D630 can be bought in working condition for around £50. I paid less than £100 for
these 2 including postage. The orange top is just vinyl to cover up the scratches on the lid. 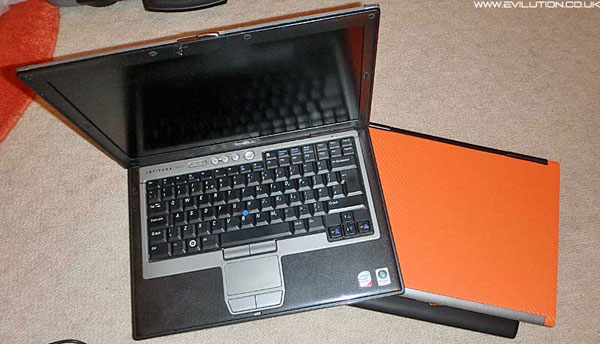 The Dell Latitude D630 came in 2 subtle variations but they both work as an Star laptop.
The difference can be seen in the touchpad button layout. 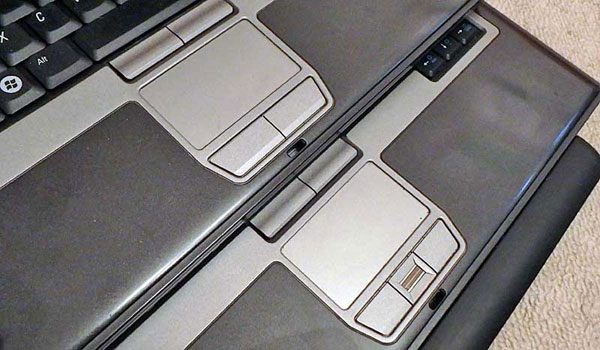 Where Can I Buy These From?

There are countless shops online and 10 times more sellers on Aliexpress who will sell you these items.
However, it's always nice to have a company recommended that someone has experience with.

These are the people I bought my C4 and HDD from http://www.MBStarTool.com.

I'm sure they aren't the cheapest but they did answer all of my emails in 24 hours and my order
only took 7 working days to arrive. Their orders can be tracked online so you know where it is.
Back to top
Back